The Future of Cannabis: Mergers & Acquisitions

Posted in Business, mergers and acquisitions 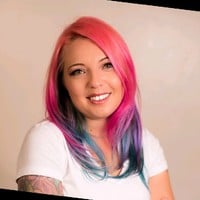 If you own a business in the cannabis industry, odds are you know it moves pretty FAST. New city and county initiatives are proposed daily while cultivators have to wait months and even years to get a license. Because supply and demand is limited from state to state, businesses who touch the plant struggle just as much as those who don’t. For cultivators, equipment manufacturers, and other ancillary businesses acquiring market share can be pretty challenging. 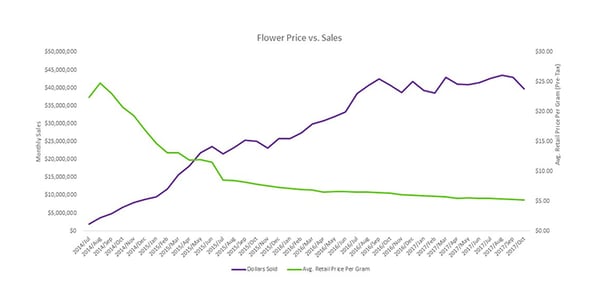 However in California, it’s quite the opposite. The average price for a gram of flower is around $16 – $21 not including excise and local government taxes.

But, if regulation is increasing the cost of the industry while reducing supply at an increased cost to the consumer which ultimately reduces quantity, then how can touch the plant businesses and those who support them expand in to new markets?

In this article, I’ll explain some of the main struggles most verticals have, why cannabis mergers and acquisitions are at the forefront of the industry and how you can survive.

It's the 'Boot Rush' of the Black Market

In California, the Emerald Triangle is the largest region in the United States that has been known to produce some of the best cannabis in the world.

But, since January 1st 2018, almost every farmer in this area has been suffering financially and economically.

When I reached out to the community for answers, Lelehnia Du Bois, CEO of Humboldt Grace said “We were a cash based society for so long. That cash has turned into permits, business plans, packaging, taxes, and more towards legalization.”

Holly Carter, another resident of Humboldt county agreed “We can’t get loans to start or transition these businesses without giving up ownership (often 50% +)”
To date, there is about 3600 licensed growers and only 400 approved retailers statewide.

So, for those in the black market, the regulation and legalization of cannabis is also long road of upheaval.

Some farmers may acquire licenses, some might stay in the black market and others will have to look for new ways to make ends meet.

It's the 'Gold Rush' of Big Business

After abiding by strict regulations and paying hefty licensing fees, businesses who cultivate, manufacture, distribute or sell cannabis are no doubt the top earners of the industry.

This is good news for entrepreneurs and investors capitalizing on the U.S market but, if we step outside of North America, the ‘industry’ looks a little different.

Eight growers in Canada could yield 1.8 million kilograms annually by 2020, allowing very few players such as Canopy Growth, Aurora Cannabis, Aphria and a few others the ability to control production and dominate the second largest country in the world.
Because of this, even larger corporations like Constellation Brands, Phillip Morris and Pfizer are on the sidelines just waiting for a risk-free opportunity to make their mark on the industry.

Bottom line – if big business can knock out the little guys, they’ll have more sovereignty to decrease costs and acquire more market share. 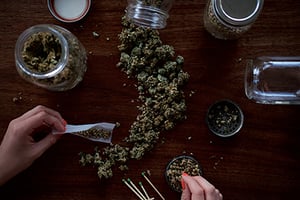 It's the Battle of Cannabis Brands

It wasn’t too long ago when cannabis brands were everywhere. Some we’re known for being the most potent while others claimed their fame by their beautiful packaging or logo.

Fast forward a few years, and now there are regulations that limit the potency within products, how they are manufactured, distributed and sold.

More than half of the brands that once existed in the black market are gone and the ones that are legal are barely surviving while the industry becomes more and more concentrated.

According to an interview between MJBiz Daily and CanopyBoulder’s CEO, Patrick Rea, he says “It’s incredibly hard work to eke out a profit, especially if you’re paying your taxes and remaining compliant with all of the regulations”, “The most common theme I hear from operators is that they’re just tired.”, “They’re tired of the headaches, the regulations, the costs, the 18-hour days. They’re eager to cash out”.

With the license to grow, manufacture, distribute and sell, vertically integrated businesses like High Hampton are not only able to lay the perfect foundation for brands by providing ample supply in the months and years that lie ahead but, they’re also able to control their own supply chain, reduce costs and acquire even more brands under one roof.

It's the Inevitable Land of Mergers & Acquisitions

While the shape of the entire legal cannabis market remains largely unknown, there is one thing we know for sure – industry consolidation isn’t disappearing anytime soon.

According to Viridian’s Cannabis Deal Tracker, 79 deals were closed last year and for the first half of 2018, more than 145 cannabis mergers and acquisitions have been announced since January 1st.

That’s nearly double than what it was a year ago!

With M&A at the forefront of the cannabis industry, this point in time marks two very obvious goals for both verticals:

The problem is that many businesses are not even in a position to be acquired and the industry is moving faster than we can keep up. 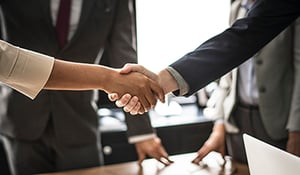 Survival is the Name of the Game

Our industry is most likely going to play out just like agriculture and meat industry. First, there were craft farmers that distributed to smaller communities, then some bigger, more powerful corporation came in and acquired all the little guys. Now, only 5 or 6 major companies supply all of the United States.

With less, more powerful players looking to diversify their portfolio and expand shareholder value, only businesses with the most traction, market share, assets and revenue will be considered.

Everyone else will eventually die off looking for capital and dig themselves in an even deeper hole of debt just to keep their head above water.

This means licensed cultivators, dispensaries, and even ancillary businesses need to be very strategic in how they operate and expand the growth of their business.

Even J.P. Martin, co-founder and CEO of GrowX stated in Business News Daily, it will be “a race to the bottom, where companies focused on efficiencies and margins will survive”

The Key to Success is Adaptation

Technology has changed the way we interact and do business with each other and it always will. But, since human intelligence has been surpassed by artificial intelligence, we have to be more concerned with the things that we can’t control and less with those that we can.
It’s not enough to look the other way anymore and pretend it’s not there. As business owners, we need to recognize change, grow with it and learn from it.

If that means investing more money in technology and taking a lower salary then so be it. If it means completely changing your business model and restructuring your internal organization to be more efficient then do it. If it means making less profit in the short term to have a more stable revenue stream in the future, then take advantage of it.

Sure, change is scary and sometimes learning new ways of doing things sucks but, if the benefits outweigh the risks then what do you really have to loose?

In the end, it’s about the history you’ve made, what kind of assets you’ve developed and the type of margins you’ve been able to create. So, focusing on efficiencies and improving processes now is what will help you come out on top in the future.